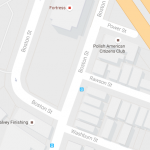 For far too long we have had to simply wonder am I in Boston, with no definitive answer. But, those dark days are long behind us friends as I’m proud to announce the universe-wide launch of Is It Boston? The site does one thing and one thing only, tells you if a zip code is […]

A New Name for an Old Blog

If you look closely, you’ll spot that I’ve retitled this blog. It’s the third title in the history of this site and in my opinion the best one yet. What once was Adam Pieniazek, and then was Prose of a Pol, is now: Dot Boston Prose of a Pol was always a bit clunky. Sure […]

In an article for Directory of Boston about PodCamp Boston 4, I talked a bit about some of the big names leading big talks at #pcb4. Though I’m sure the “A-team” will deliver great presentations and lead engaging discussions, they’re not what I’m most excited about PodCamp 4. Rather, it’s the impromptu discussions that’ll develop […]

The past week or two I’ve written a few guest posts for two other Boston blogs that I’ll share with you here. Why I Bike Shane from Boston Biker approached me about writing a guest post for his awesome blog about bicycling in Boston. I was glad to accept as Boston and bicycling are two […]

As you may know, the company I co-founded will be turning one on April 8th! It’s been a long, tough year but we will survive. To celebrate this great occasion we’re holding three contests, two of which we’ve already announced. The third contest will be announced soon but I can give you a small hint, […]

As a longtime resident of the Edward Everett Square/Polish Triangle area of Dorchester, there has been one building which has been a blight on my neighborhood as far back as I can remember. The building is the NE Brake Building located at 1299 Massachusetts Avenue. Well, according to The Dorchester Reporter, this building is (finally) […]

Yesterday, nearly every blog and newspaper in Boston reported on a brand new addition to the menu at the Bonfire Steakhouse, Todd English’s fine restaurant in the Park Plaza Hotel in Boston. Rightfully so, this cocktail deserved the massive amount of publicity, as the creativity behind it is astounding. As one blogger so succintly put […]

Yesterday was a pretty big day here at Prose of a Pol. I woke up rather early yesterday, at 4:30 AM to be exact, and felt energized and ready to be productive after only four hours of sleep. I immediately began pumping out posts. First I published a trailer of a Battlestar Galactica remake that […]

As many of you already know, I’m a Boston Celtics season ticket holder; so, when I recently saw this video of a Celtics fan getting down to Bon Jovi’s Living on a Prayer I knew I had to share it with y’all! Here’s the video from another C’s fan who was filming the Jumbotron at […]